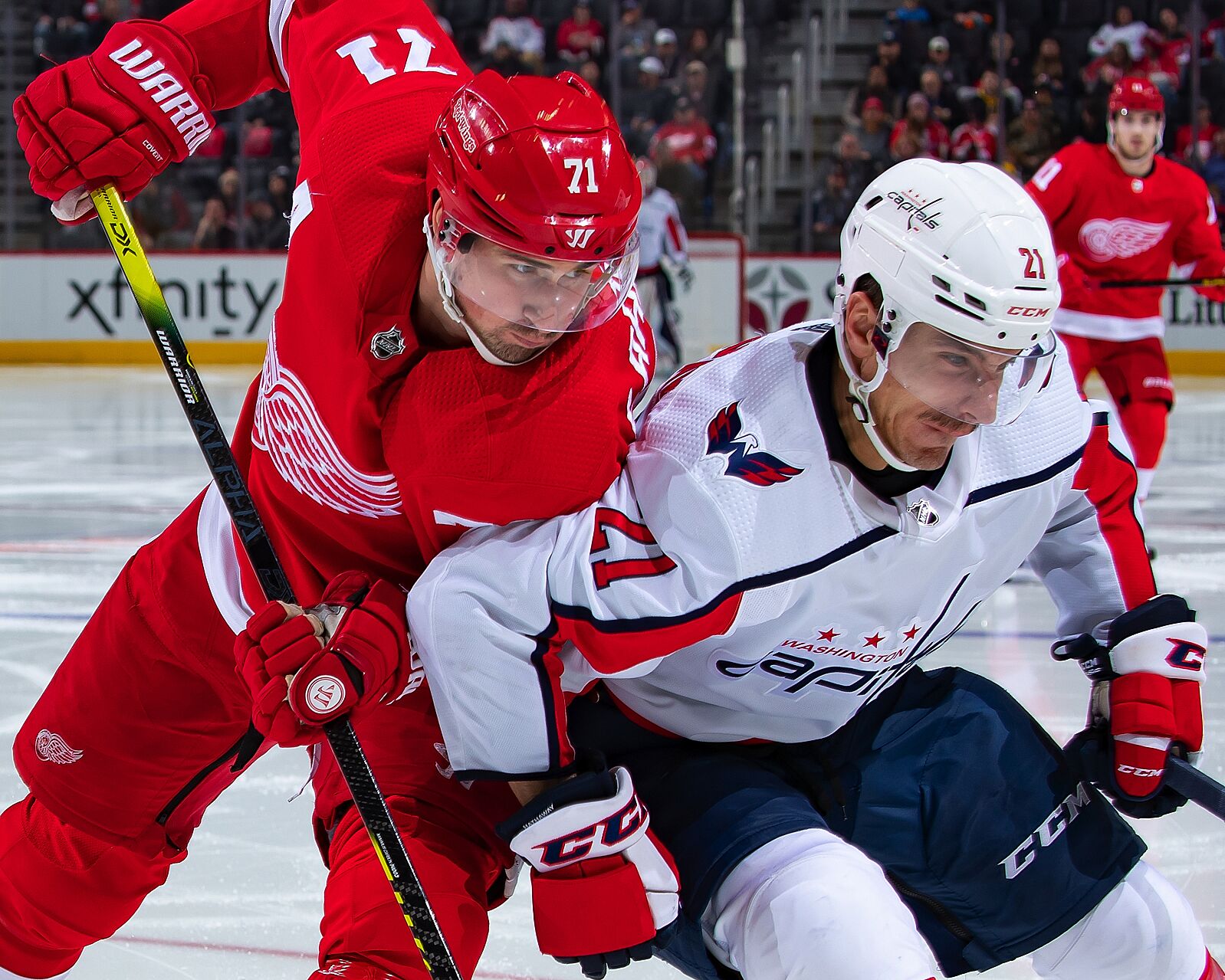 DETROIT, MI – NOVEMBER 30: Dylan Larkin #71 of the Detroit Red Wings battles for the puck with Garnet Hathaway #21 of the Washington Capitals during an NHL game at Little Caesars Arena on November 30, 2019 in Detroit, Michigan. The Capitals defeated the Wings 5-2. (Photo by Dave Reginek/NHLI via Getty Images)

They just keep rolling on don’t they?

The latest impressive feat for the Washington Capitals saw them go on a four game road trip. First stop was Detroit to play the Red Wings, which they won. They then traveled all the way to “the Golden State” to play all three California teams. To not waste too much of your time here I’ll just come out and say it. They won all three games.

Washington is now on a six game winning streak. Since what was possibly their worst game of the season against the Montreal Canadiens on the 15th of November they’re 8-1-1. In 31 games this season the Caps have failed to get at least a point just four times. That’s an incredible start to your season.

Right now you could say the only team that is rivaling this Capitals start is the Boston Bruins who in 29 games have lost just three games in regulation. The Caps have 49 points, the Bruins just three back at 46.

Next: Third Star
Next1 of 4Prev post
Use your ← → (arrows) to browse
Load Comments
Event Tickets
Powered by StubHub
Top Stories